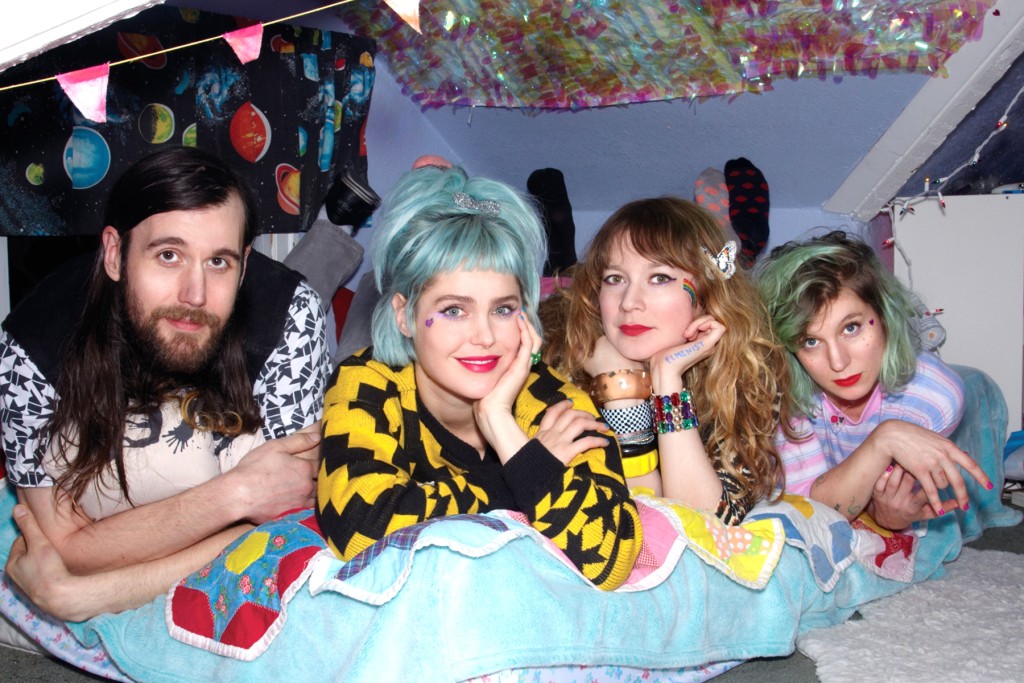 Tacocat, who is a cool bubblegum punk band belonging to a label Hardly Art in Seattle, is going to debut from 2670records in Japan finally, with long-wanted their third album“Lost Time”!

Katy Goodman (ex Vivian Girls, La Sera)  also spoke very highly about Tacocat as “the best band in the world”, and it is determined that they are in charge of the theme song of “The Powerpuff Girls” in 2016, which is the popular animation in Japan! It is the first interview in Japan by the singer, Emily, who is getting a lot of attention such as mentioned above!

★Out Now！
「Lost Time」 by Tacocat 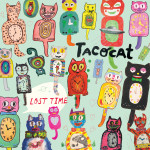 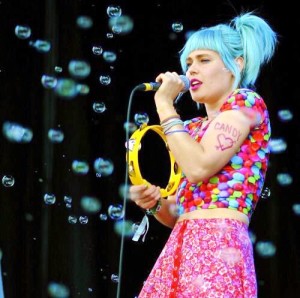 ＊We’d like to ask the various members of the band to introduce themselves. Please tell us about what caused you to start in music, what your musical activities have been up until now, what artist have influenced you, and so on.

Emily:  Hi, I’m Emily, the singer (the other band friends said I could answer these on questions their behalf)!

So, lets see, Eric started playing guitar in bands in high school and has another band called the Trashies (they still record and play from time to time and are very excellent), Bree picked up bass and guitar for a few bands (Os Coyotes, Grey Gardens and other projects) prior to Tacocat and was always into the DIY music scenes of Seattle and Olympia—she now also plays in a rad band called Childbirth. Lelah started playing drums as a teenager but didn’t have a band until we started Tacocat, and I always loved singing but never thought of it as something to do in front of people until we booked our first show, which took place at a Chinese restaurant in Longview, Washington. 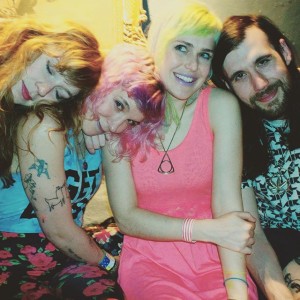 We all play in side project bands and cover bands when we’re not busy with Tacocat! We’re all bananas about music and share a love of everything from DIY punk to top-10 radio pop. We have so many influences! The Dead Milkmen, Bikini Kill, Beat Happening, Miley Cyrus, Bratmobile, Shonen Knife, Nick Lowe, each other. 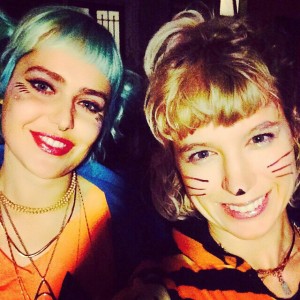 ＊What circumstances led to you forming the band?

Emily:  Bree and Eric had been playing music together and wanted to form a band. Lelah and Eric went to high school together and have been lifelong friends and it just so happened Lelah had a drum kit.

Lelah and I were going to art school at the time and fairly inseparable, so when the band needed someone to sing, Lelah suggested I come to a practice. Once everyone started hanging out it came together like ramshackle magic. We’ve been best friends ever since!

＊What is the origin of the band’s name?

Emily:  We had a list of palindromes written down as options. Someone said “Tacocat sounds like what a grade-schooler would name their band.” It’s the best palindrome. 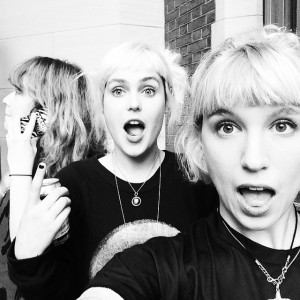 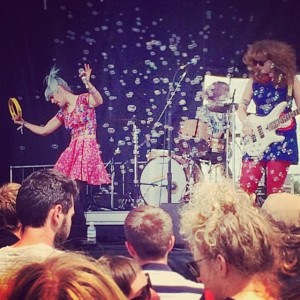 ＊What kind of method or process do you use to create TACOCAT’s songs?

Emily:  Eric and Bree jam out song parts—usually with Lelah laying down drum ideas. At that point I take a phone recording and put melodies and lyrics to it, either lyric ideas that have already been jotted down, or new ones inspired by the music. Everyone has a hand contributing ideas to the finished songs! 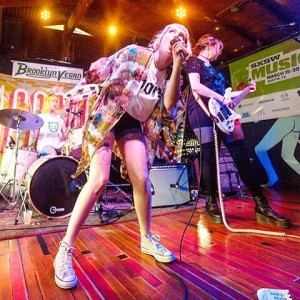 ＊Please give us some anecdotes regarding various of the songs from “Lost Time”.

Emily:  We’re really excited about this album! Erik Blood recorded and produced it and he helped evolve our sound quite a bit. There’s still a big dose of pop sugar, but there’s also more depth, more blue lipstick, more drums, more feelings! We’re so excited about it!

My favorite song on the album is “Talk” because it’s an evolution of our songwriting and I probably spent the most time figuring those melodies out. It’s about just wanting to talk to your friends all night and have a living room dance party—no phones, no computers, just buddies. “Night Swimming” was one that Bree had in mind because that’s how she spent most of the summer. “Leisure Bee” means a lot to us as a band because none of us want to be a worker bee; we place art and friendships above all that.

There’s a lot of Seattle love on this album, as well as neighborhood growing pains, the woes of your first day of your period, exasperating men who won’t stop talking, the X-Files, an ode to girls who love horses, what leads to the Plan B pill (plan A?), and vexing breakups. 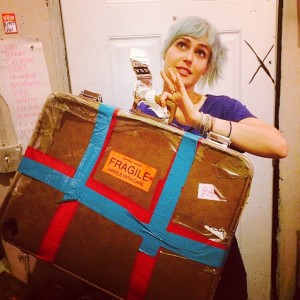 ＊Please tell us about the ‘Indie-scene’ of Seattle?

Emily:  The scene in Seattle right now is pretty wonderful. Lots of amazing weirdos making great art and music—a far cry from the boring, masculine scene we came up in. There is a lot of room for women and queer folks right now, and a lot of mutual admiration and support. It would be nice to have less condos and more spaces to perform / present art in, but we’re making do with the rad spaces we have left and hoping to create more in the future.

＊What is in the future for the band?

Emily:  World domination! And a giant Tacocat ranch for all our pets and friends!

＊Is there any message you want to send to your fans in Japan?

Japan seems so fun, we would love to come visit and try on all your clothes!!! We’ve wanted to tour Japan for years now, hopefully that dream can come true very soon J